10 Famous Tech CEOs You Do Not Want To Work For

100M is the #1 place for all your heart warming stories about amazing people that will inspire you everyday. Make sure to subscribe and never miss a single video!

There’s an infamous belief that for a company to succeed, it must have an insufferable genius at the top which, unfortunately, seems to be the case with some of the biggest tech brands today.
While some of your favorite big tech CEOs seem like jolly good fellas, the way they treat their staff is a bit on the repulsive side. From Jeff Bezos of Amazon to Tesla’s Elon Musk, here are 10 famous CEOs you'd rather not work for.
#10 Evan Spiegel
The Snapchat co-founder became one of the youngest self-made billionaires after the social platform blew up, less than five years after launching. Today, it remains one of the biggest social sites averaging slightly over 290 million daily users as of 2021.
Being part of such a unicorn might seem like a dream come true to most of us. But the employees who’ve brushed shoulders with the CEO himself have a different story to tell.
According to a few of them who were interviewed back in 2018, it’s like swimming in a shark tank which doesn’t sound very good.
Allegedly, the employees were overworked and would be called on to work on jobs they have no idea since they hadn’t been trained on them. Of course, the employees would get much of the details wrong since they were working on projects they had no idea about. And most of the time they’d a termination letter for such unintended mistakes.
Also, company parties were attended by just a small portion of Snapchat’s employees. This, apparently, was meant to push staff into cajoling the CEO for approval.
#9 Larry Ellison
The Late Larry Ellison is what one employee of the big tech boss calls him – quite a peculiar nickname but befitting for the billionaire who can’t seem to get his time right even for the most important business meetings. And we’re not talking about a few minutes here.
The Oracle founder can turn up for a meeting more than an hour after the scheduled starting time which we guess is one of the perks of being one of the richest guys on the planet.
But Ellison’s problems with employees go well beyond just being late.
Firing people seems to be one of his revered management styles.
Getting hired for a top position at a multi-billion-dollar company like Oracle is a dream for most people. And Larry would make it even better by including stock options in execs’ contracts, possible only after a certain period.
Problem is – most of these executives never got to that point as he showed them the door as soon as their eligibility was close enough.
And if any of the top guys became too good that they were likely to surpass him in influence, he would fire them too, apparently because he thought they’d replace him. Not even Raymond Lane who pulled the company from bankruptcy survived this blatant display of insecurities.
#8 Tom Rutledge
Rutledge is the CEO and chairman of Charter Communications, a US telecommunications, and mass media company. He isn’t a very common name in the tech world but as the guy behind one of the largest cable operators in the US, he definitely deserves a spot among famous CEOs.
In 2019, Rutledge featured on Bloomberg’s top 10 list of highest-paid executives which included Google’s Sundar Pichai, Apple’s Tim Cook, and Tesla’s Elon Musk. In that year, the telecom exec took home a mouth-watering $117 million in salary, stock, and option awards.
His problems with employees started in 2016 with the purchase of Time Warner Cable. Later renamed Spectrum, the company’s new owners made some changes to pension and healthcare plans that didn’t sit very well with the cable technicians.
The union would have none of that and in March 2017, kicked off a strike that’s still ongoing to this day, making it the longest in US history. Rather than negotiating with the striking staff, Rutledge simply hired other technicians temporarily.
And according to a Vice article, the company cut all communications with the workers, so it’s quite unlikely that the strike will be over any time soon.
#7 Steve Jobs
Jobs founded Apple, left it, and returned to propel it into a profitable company when it was on the verge of bankruptcy. Aside from his business acumen, though,

10 Famous Tech CEOs You Do Not Want To Work For 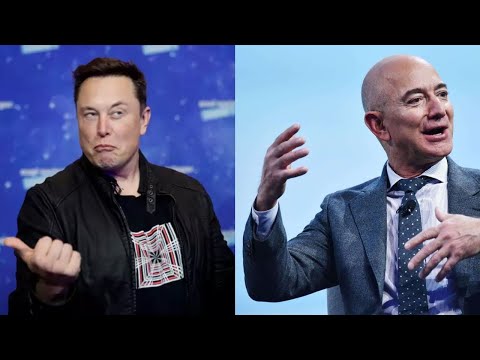 10 Famous Tech CEOs You Do Not Want To Work For 100M is the #1 place for all your heart warming stories about amazing people that will inspire you eve...